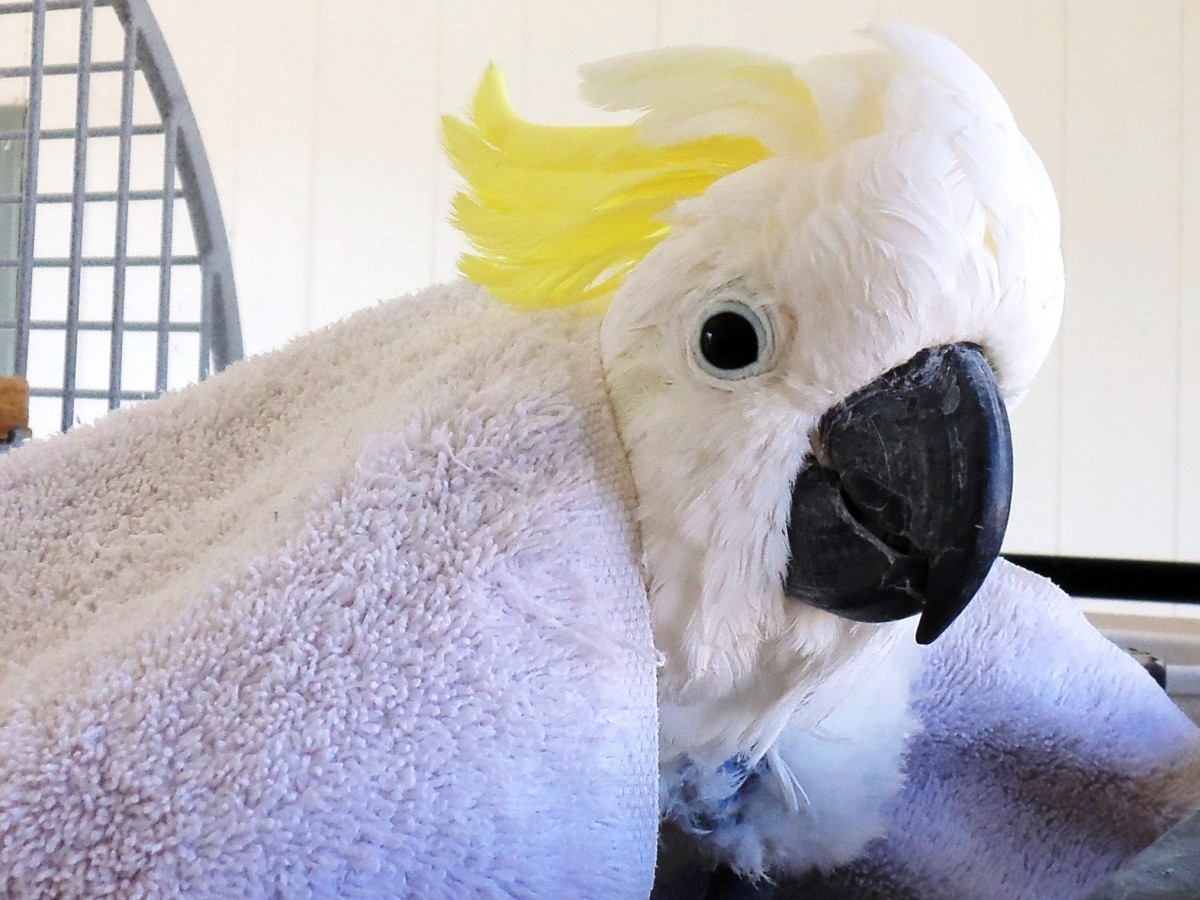 J. R. R. Tolkien’s trilogy, The Lord of the Rings, includes a fictional character Gandalf the Wizard. Tolkien describes Gandalf as one who “seemed the least, less tall than the others, and in looks more aged, grey-haired and grey clad, and leaning on a staff.” Gandalf is initially known as Gandalf the Grey, but returns from death as Gandalf the White, the “greatest and wisest spirit.” 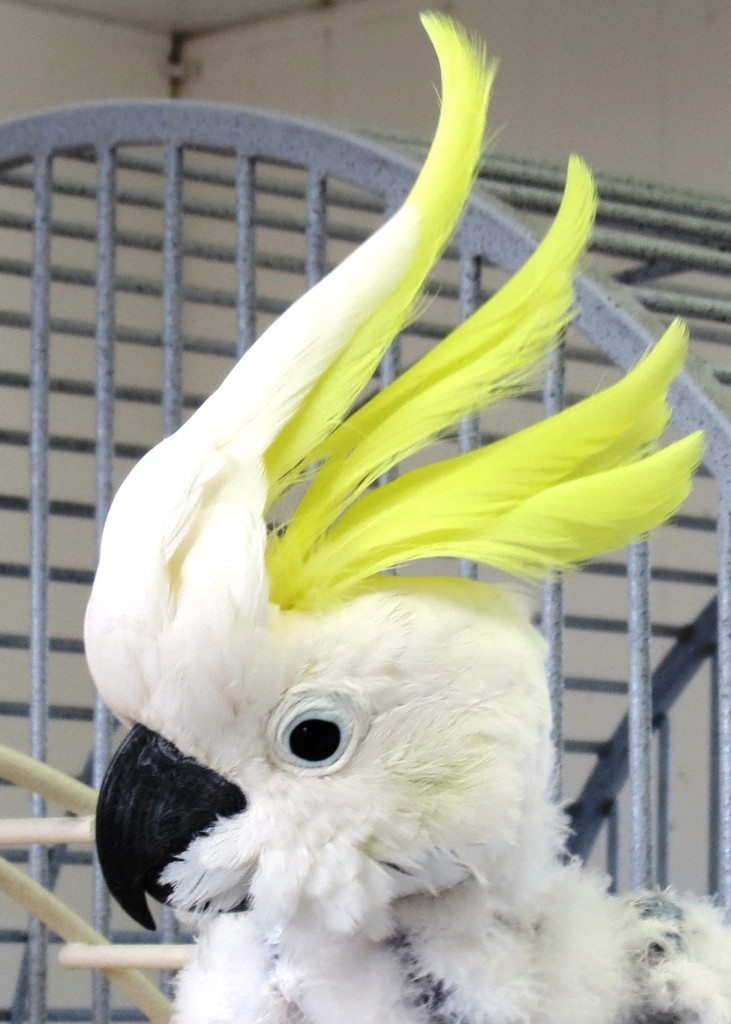 In the early 1980’s a business man and his wife, Pam, passed a bird cage at a street vendor’s stall in Jakarta, Indonesia. Pam stopped to take a second look and to her dismay she realized there was an ugly gray bird in the cage. The bird was being tortured by street urchins. The couple were struck with compassion towards this poor cockatoo and arranged to buy the bird to rescue him from his hellish captivity.

The couple took the cockatoo back to their hotel room and wondered what to do. The cockatoo seemed near death and the couple became determined to save the soul which was now their responsibility. The nameless cockatoo was given showers every day. As he ate better he felt better and he molted his grey feathers. Within 3 months a beautiful white bird emerged and Pam named him Gandalf.

Gandalf loved his new people and he became a world traveler…living all over the world with the couple. After more than a decade of bliss, Gandalf’s Daddy died. Gandalf fell into deep depression. Pam tried to make Gandalf happy but she saw that he was sad and worried about his future. She tried a foster home for Gandalf where he could live with a man, but Gandalf was more miserable there.

In 2001, Pam contacted The Oasis Sanctuary in hopes we might give her suggestions for improving Gandalf’s quality of life. In late July, 2001, little Gandalf, a demure Eleanora Cockatoo, came to live with Tom & Ruth Ann La Rue until he could be transported to The Oasis Sanctuary’s location in Benson, Arizona. Since he had some medical concerns Gandalf stayed at Chez La Rue for 3 months getting treatment. During his stay he transformed from an introverted bird to the typical boisterous cockatoo he was meant to be. He started talking in his Daddy’s voice, began playing with toys and enjoyed interaction with us.

Parting with ANY foster parrot is hard for Tom and me. But, Gandalf was one of our first fosters and I loved him so much. I had to sneak away from the Sanctuary the day I left Gandalf behind because I was crying so hard. I knew I could not face anyone for fear that I would beg to take Gandalf back home with me.

As the years have passed, I remain good friends with Gandalf. He’s found many cockatoo buddies in his 13 years of residence at The Oasis. Currently Gandalf lives in the “Pumpkin Trailer” along with his best friend Skippy. The boys wreak havoc on caregivers during cage cleaning and daily feeding. I’m pretty sure they stay awake nights strategizing their next moves to play tricks on the caregivers. At the same time they both have a loving side where they crave scritches and conversations with their human friends. 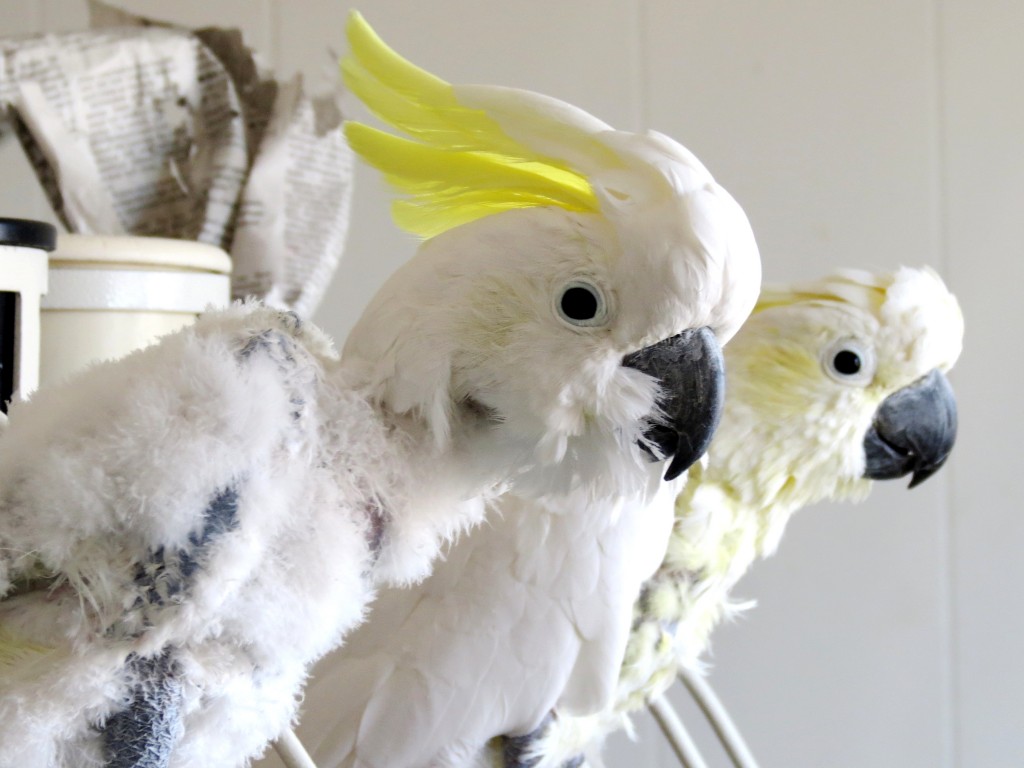 I love to visit my sweet Gandalf. I think he remembers me, but I can tell that he has chosen the true life of the White Wizard. Although he has bouts of insecurity, I think that Gandalf is a very happy cockatoo and I am very proud to have had a part in continuing his legacy of being an early resident of The Oasis Sanctuary.

The Story of Haley – An Oasis Sanctuary Ambassador