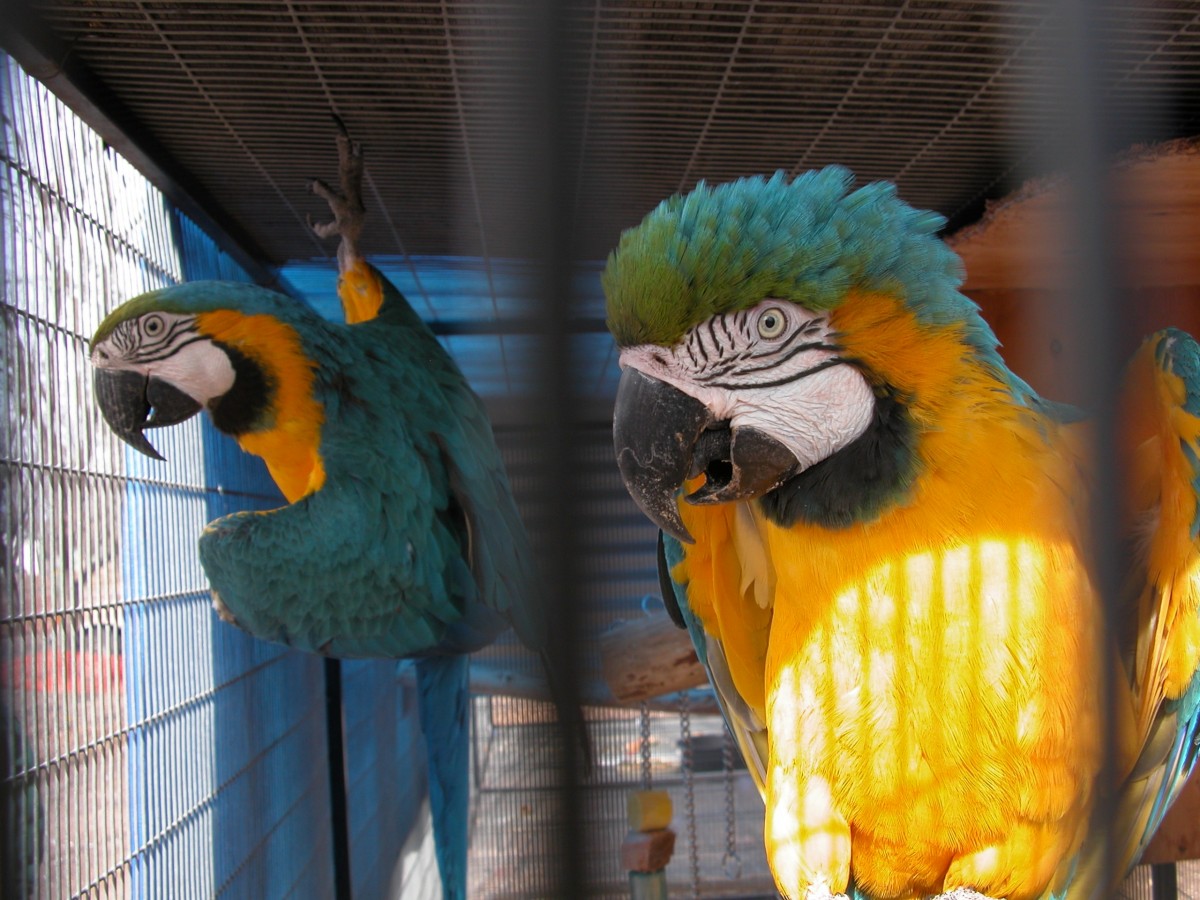 Archie and Edith came to us, shipped in large crates, along with Phillipe and Pricilla, from a breeder in southern Florida in 1994. They were wild-caught retired breeding pairs of Macaws. Phillipe and Pricilla were Scarlet Macaws, in their 40’s (Phillipe) and late 50’s or older (Pricilla.) Archie and Edith were Blue and Gold Macaws in their early 50’s.

At the time that they arrived The Oasis Sanctuary was just the beginning of a dream, a barely conceived idea, with about 20 birds who lived in small aviaries in my back yard in Phoenix.

Macaws in the wild rear one or two young every two or so years, staying with their young for at least two years, teaching them all they need to know to survive and reproduce. Their nests, excavated in the hollows of trees are dark, cozy and quiet, with only the natural sound that their parents make heard through the eggs.

In captivity breeders “triple clutch” i.e. force the Macaw females to produce three sets of two to four eggs a year, removing the eggs immediately to force an early estrus, artificially incubating the eggs in loud incubators in brightly lit rooms, and selling the “hand fed” babies as soon as they can swallow a few seeds.

This leaves these neonates, soon to be large and long lived parrots, confused, never knowing who they are or what they were supposed to be. Most have their wing feathers clipped before they ever take flight and spend their lives in cages barely large enough to spread their wings meant for powerful flight.

Breeders are all too often mercenary in their outlook, and this large-scale breeder normally “euthanized” his birds when they could no longer keep up with his expectations of egg and baby out-put.

I had befriended the breeder’s facility manager on-line in those early days of the Internet and he talked the man into sending the birds to me rather than kill them.

Over the years The Oasis took shape. We bought land and moved to Southern Arizona with over 300 birds in 2000…and during the winter of 2001, Pricilla, the grande dame of the facility, passed away in her sleep. Eventually Phillipe found another mate but never one he doted on like he cared for elderly Pricilla. And then, he too, grew old and frail, passing away almost three years ago. 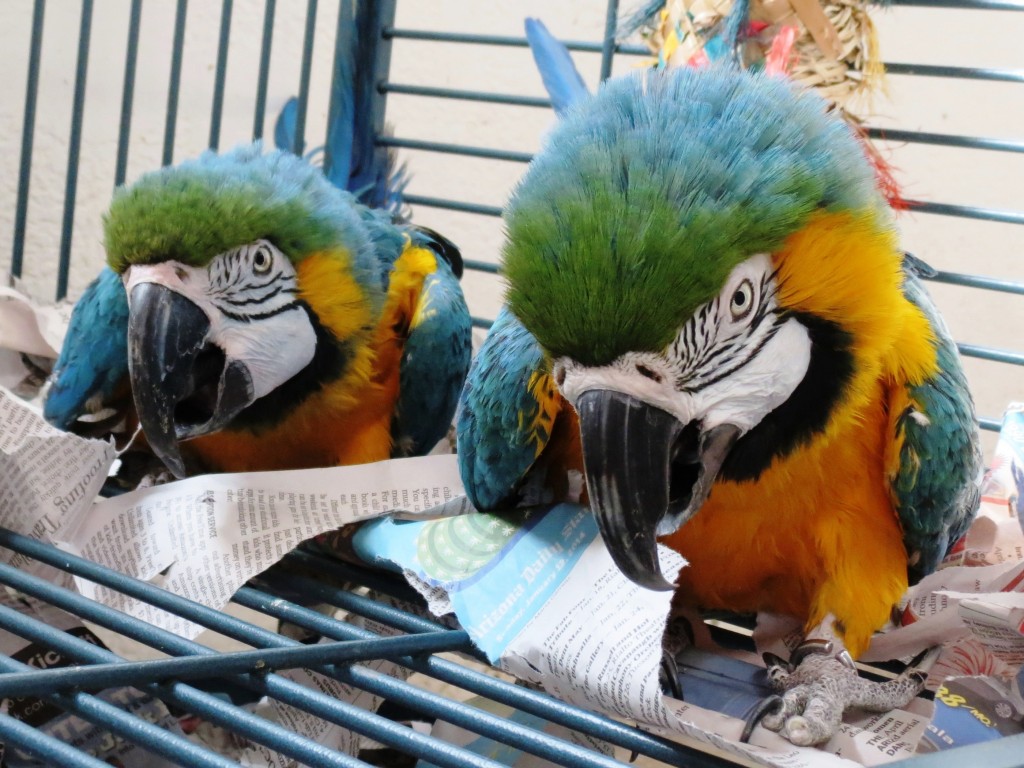 Archie and Edith remained strong together for much longer… but they too were aging and finally, with little warning, one afternoon at the end of September Edith died quietly, with Archie near her. He grieves and mourns her loss.

When Edith was born the rainforest was endless. Edith and her kind flew for many miles daily, foraging and socializing with hundreds of thousands of rainforest parrots. But today the rainforest is disappearing…and with it her kind.

Somewhere her babies, birds she never knew, never raised, reside in the homes of humans, without the memory of flight above the tall canopy of trees.

The Story of Skippy

By Sybil Erden, Founder Skippy, a Lesser Sulphur-crested Cockatoo, was bounced through seven homes and…