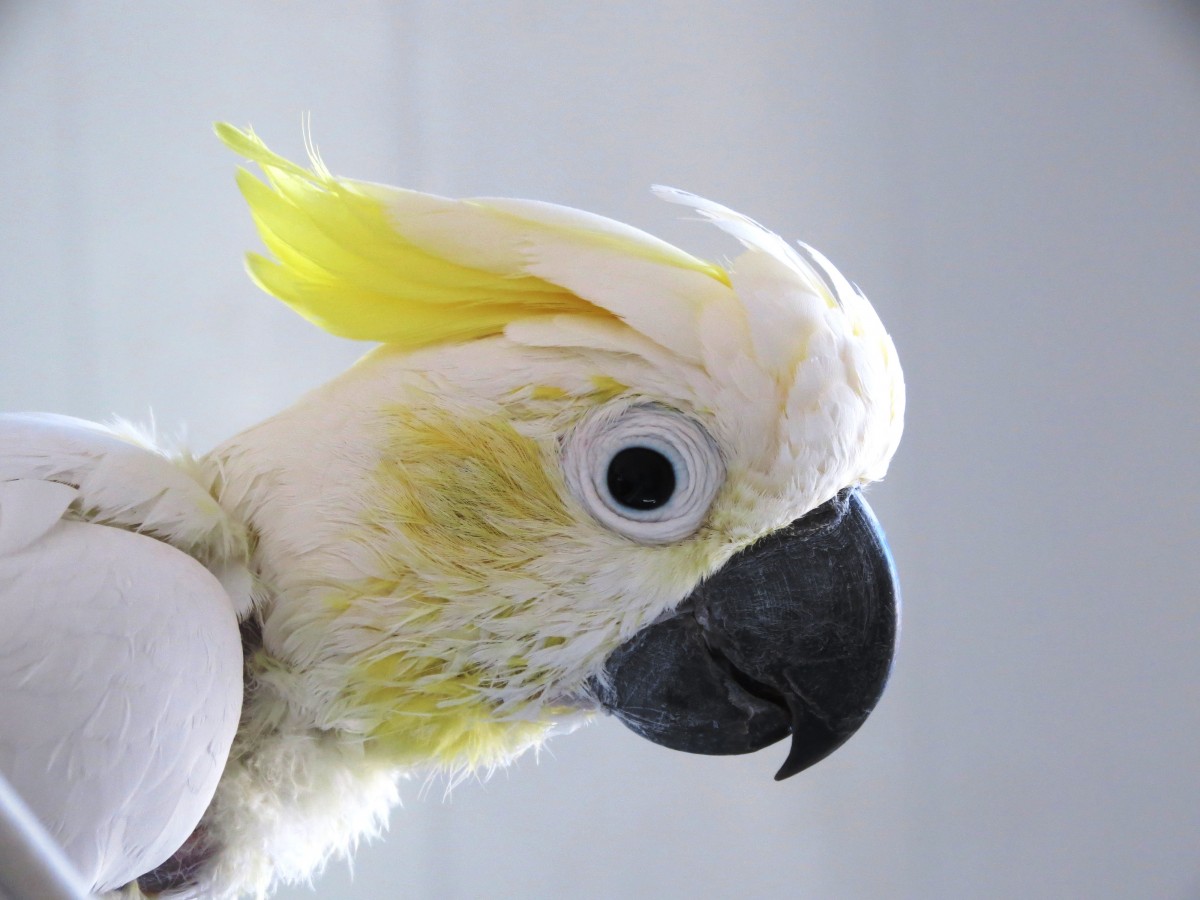 Skippy, a Lesser Sulphur-crested Cockatoo, was bounced through seven homes and caregivers during the first nine years of his life. At one point, his alcoholic owners threw him – cage and all – into a trash dumpster. Another one of Skippy”s caregivers, a psychotic man who refused medication, burned him with cigarettes! During this period of mistreatment, his wings were so badly damaged as he flailed repeatedly to try to escape the torture that they shattered, leaving him flightless.

When he was finally brought to the attention of a veterinarian, it was suggested that the bird be put down. Fortunately, others intervened and Skippy was placed with a rehabber who provided surgery and physical therapy for an entire year.

In 1997 Skippy arrived at The Oasis Sanctuary. Since then he has quite literally blossomed – going from being withdrawn and anxious to being loving with his caregivers and playful with his new bird friends.

This is one of many similar stories at The Oasis Sanctuary. In order for us to continue helping Skippy and the many birds like him who reside at our sanctuary, we must rely on the kindness of individuals and organizations for both donations and volunteer work.

Pong Yo – The Life and Death of a Little Warrior

By Sybil Erden, with Jean Gauthier and Janet Trumbule - December 16, 2010 The hardest part…