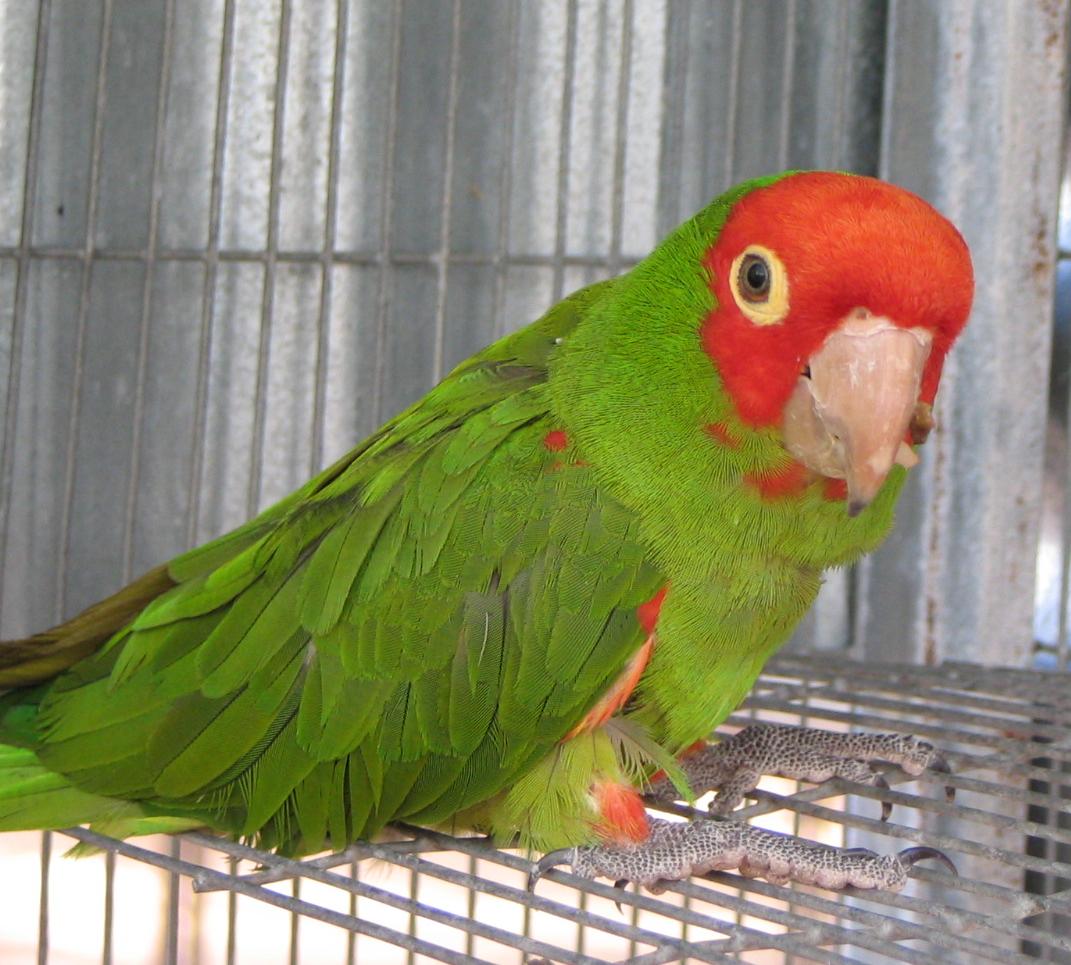 In August 1999, The Oasis Sanctuary received four Cherry-Headed Conures from Mark Bittner in San Francisco. These birds were part of the famous feral flock of Telegraph Hill.

Ginsberg (female) and Yosemite (male) were born in the summer of 1996. They, and their sibling Anditson (female) came down with a virus, suspected of being Pigeon Paramyxo Virus. The three were left severely crippled with neurological damage. None of these three birds can fly, although Anditson can hop-fly and perch. The first two cannot perch, but are excellent climbers. Ginsberg frightens easily and tends to flop around on her side when startled. An additional bird, Mingus (male) came to Mark after having a broken leg. Mingus is fairly tame, apparently someone”s pet that escaped or was released. 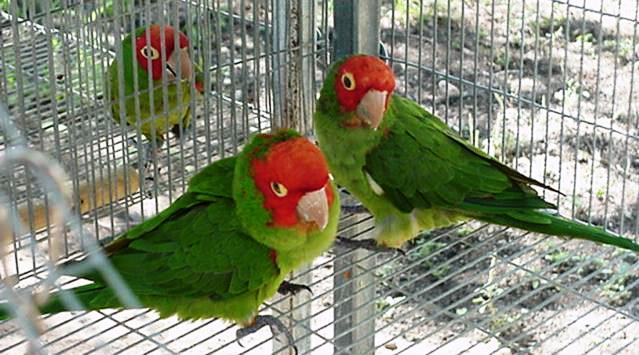 Ginsberg and Yosemite live together. Anditson (Andi) and Mingus live together. Each pair has it”s own outdoor 4”X4”X6” aviary on legs, elevating the aviary two feet off the ground. These two aviaries are next to one another so the birds can see one another. The aviaries were specially built to compensate for their occupants” handicaps. Each has weld-wire ramps leading to a sleeping platform, which is covered top back and sides for privacy and weather protection. Each pair is fed on the floor of their aviary, and Yosemite and Ginsberg have a shallower than normal water dish to facilitate drinking and bathing. The birds daily get a seed and pellet mix and alternate between fresh bird bread with fruits and veggies baked in, or a mix of cooked rice, pasta, and a selection of beans topped with veggies.

EDITOR’S NOTE: Ginsberg passed over the Rainbow Bridge in October 2001