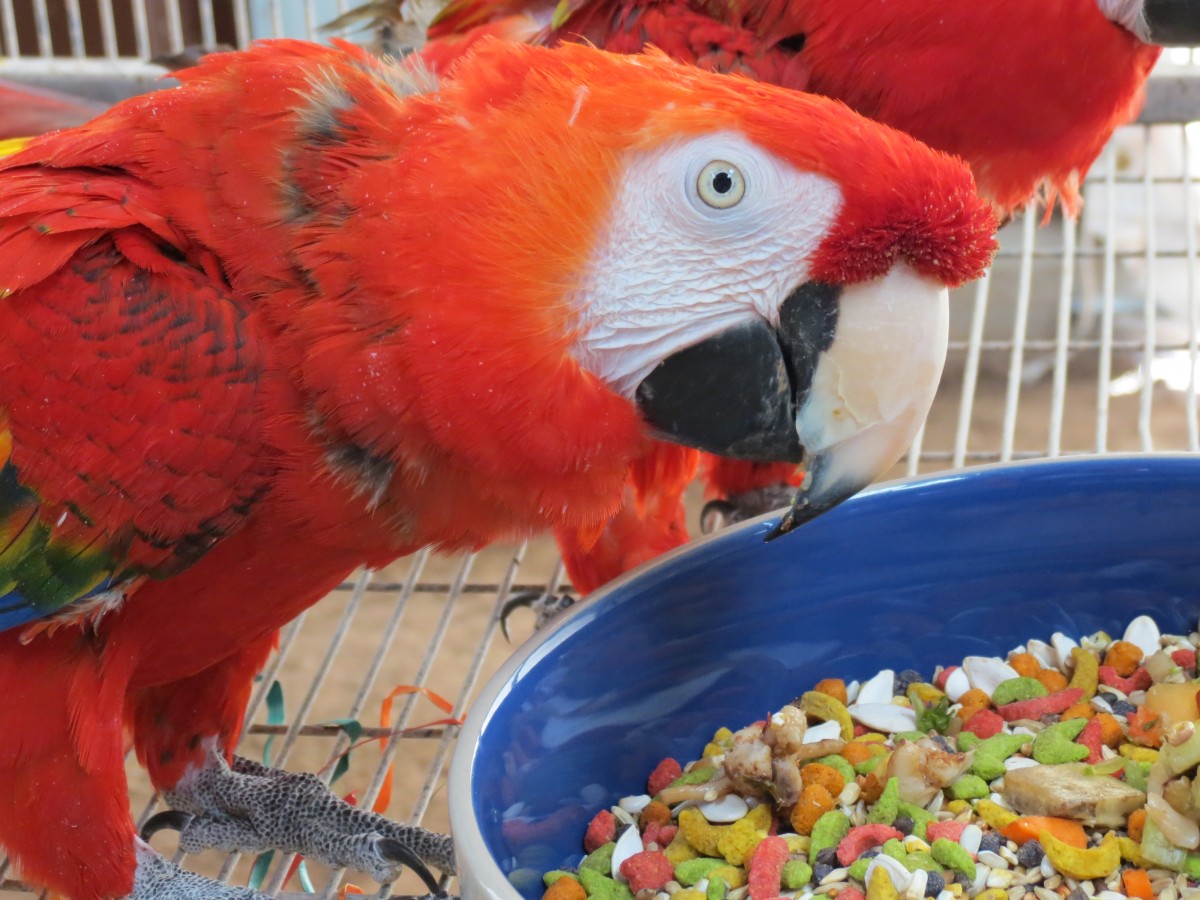 Red hatched in 1993 in a pet store where he was handfed by the store owner, Joe -Red adored the guy. Joe decided to keep Red in his home as his personal pet. But, after some time, Joe lost interest in caring for this big Scarlet Macaw and moved Red back to the store. Predictably, Redbird (always referred to as the red bird, so he thought that was his name) became extremely aggressive, only lighting up when Joe visited the store once a week.

On one such visit Joe was bit by Redbird while handling him. Joe punched Redbird in the face, and knocked him to the floor – unconscious. Pat, the store manager cared for Redbird as he recovered, only to have this abuse occur a second time. This time she scooped up Redbird and told Joe that if he ever touched the bird again, she would leave and there would be no one to care for the birds.

Redbird languished in the store for a year, becoming more and more aggressive. When Joe announced that Redbird was being sent to a breeder in Florida a small sanctuary stepped forward to provide care for Redbird. He had been so lonely and within a few days he was stepping up and allowing head scritches.

For years Redbird would re-enact his altercations with Joe. He would yell in an angry man’s voice, and then literally whack! whack! a hanging toy. But he found love and thrived in his new home where he lived for 6 years. Then, the director of the sanctuary became ill and found it necessary to find care for her large birds. The Oasis offered to help with a number of the birds and Redbird arrived in 2003.

Redbird had always been friendly with Scoutie, a Blue & Gold Macaw from the same sanctuary. Here, they were housed together and over the years they formed a strong bond. In 2008 the pair moved to the newly constructed Macaw Aviary. Their bond remained strong and as a pair, they enjoyed living naturally, with their new flock.

But Redbird was to face more grief when Scoutie passed away in 2009. He clearly was depressed by the loss of his friend. But just days after, a magical connection occurred. Rubio lost his Blue & Gold Mate just months before and had gone through that same grief. Their desire for friendship brought them together and they have not parted since. These two boys remained in the aviary until April 2013, when hardship knocked again. 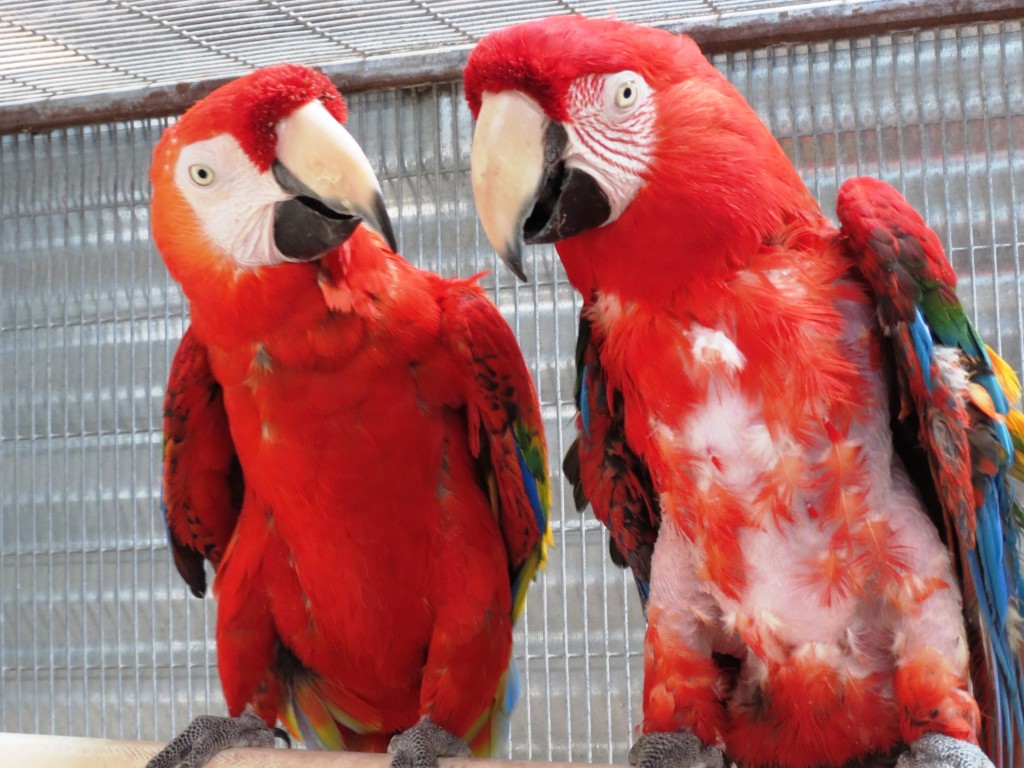 During the morning bird checks on April 2nd, 2013 Redbird was found with a severely injured leg. A trip to Dr. Yeager and several xrays later, a broken left Tibia was diagnosed. Redbird spent the next several hours in surgery to place a pin to set the bone and then recovery before our long drive back to the sanctuary. The next 2 weeks required daily medications and lots of rest to allow healing. At the six week point the bone had healed well enough for the pin to be removed.

Both Redbird and Rubio demonstrate feather destructive behavior, most often on the wing and tail feathers. Because of this we had to weigh the risks of allowing them to return to the aviary. If Redbird should fall and not be able to catch himself with flight he could reinjure his leg. We made the decision that the aviary was not a safe environment for the pair. They spent the next couple of months living in the Bird Barn and when we were able to we set them up in a flight cage in the Pole Barn.

Redbird has faced some tough times in his life but his resilience has brought him to a time in his life where he can be happy and enjoy his life with Rubio. This pair greets us every morning with enthusiasm and they keep us entertained with their antics. At last, all is well and safe for this red bird called Redbird.

Pong Yo – The Life and Death of a Little Warrior

By Sybil Erden, with Jean Gauthier and Janet Trumbule - December 16, 2010 The hardest part…