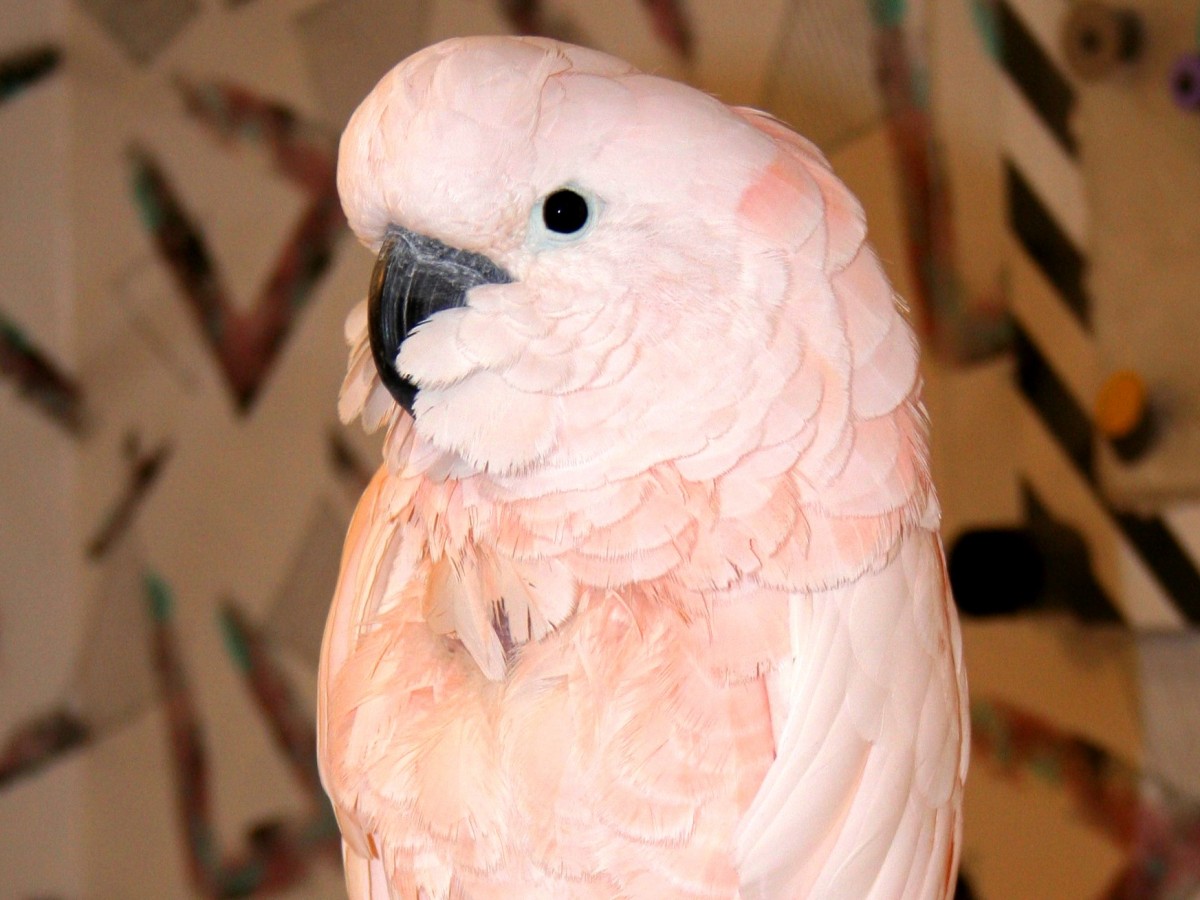 By Pat and Neal Rudikoff

In October 1998 we brought a sweet Male Umbrella Cockatoo, Zeus into our family. Our very first bird! We fell so in love, that a year later we got him a girlfriend to keep him company, Circe, a lively little female Umbrella Cockatoo. About six months after that, we adopted a gorgeous, regal three year old male Moluccan Cockatoo, Ajax. Of course, shortly after, we realized he needed a friend of his own, so six months later, we brought home a baby female Moluccan, Phoebe. We realized that we had reached our maximum flock given our time, energy, and living space. Our flock was complete. We fully expected to have them all for the rest of our lives and even set up a trust fund for them in our wills.

Our Phoebe was a favorite with everyone. She was sweet, non-aggressive, and never bothered anyone. We used to sing to her “You’re just too good to be true”. She rarely screamed, ate well, never destroyed the house, demanded very little, and loved generously. She spoke in a sweet voice, her favorite thing to say being “Hello, Pretty Girl. I love you.” The smallest children felt safe around her she was so gentle.

We felt so blessed to have such a marvelous flock. And we were. But it seems we weren’t meant to keep our angel for very long. During the last half of her sixth year she would periodically shred some of the feathers around her neckline. We had her to the vet, tried to follow all his suggestions, and read whatever we could, hoping to break the habit before it got worse. Unfortunately, it suddenly accelerated, and one horrible Sunday morning we awoke to find she had picked a hole in her chest. The vet put her on antibiotics and put her in an elizabethan style collar until we could get her healed. She was the most miserable little girl with that collar. We had never seen a more miserable bird but didn’t know what else to do. After she had it on for about two weeks, we were scheduled to fly out to The Oasis for a Board Meeting for a few days, so we arranged for her to stay with the vet where she would have constant attention. The day before we were due to return, we got the call telling us that she had passed away in the night for no apparent reason. The necropsy indicated a mild infection, and high stress levels in her adrenal glands. We can only surmise that the stress was too much for her heart. We don’t really know.

Our dear friend, Sister Barbara Seaward, a Dominican Sister who founded and runs “Sister Barbara’s Birds of Love Ministry”, a bird therapy outreach program, arranged for Phoebe to be buried in the Convent Garden at the Motherhouse in Amityville, New York, alongside her own beloved Cie Cie, another female Moluccan who had recently passed away. As Sister Barbara conducted a lovely short service for several friends and Neal and I, we looked up to see about a hundred birds circling the belfry in the garden. It gave us some sense of peace. It felt as though they were taking her spirit along with them.

We were unprepared for the level of reaction her loss created in the other birds. They all exhibited a strong sense of missing her – visiting her cage frequently, decreased appetites, and overall lethargic behavior. It was nearly two weeks before they started to return to normal.

We truly feel blessed to have had the five and a half years during which she shared our lives. She enriched our lives and our hearts and we shall always miss her angelic presence in our lives. Not too long after, we adopted a wonderful 6 year old female Moluccan, Peaches, who has brought healing to our hearts. But Phoebe’s place in our memories will always be a special and beautiful gift.

In her memory, and in honor of all the beautiful, wonderful cockatoo girls who end up without a warm nurturing family with whom to live out their lives, The Oasis Sanctuary set up “The Phoebe Fund”, a vehicle for raising funds to build a spacious aviary for female cockatoos at the Sanctuary. We hope to start construction on it soon.

We also of course made a donation to have her name carved in a flower for the Memorial Flower Garden. To all who have contributed, may we say a heartfelt Thank You a thousand times, and to those of you who want to help all the wonderful birds at the Oasis, we urge you to consider a generous donation. Phoebe’s beautiful life will serve a bigger purpose in the lives of the many who find themselves living out their days at The Oasis thanks to the generosity of many who never even knew her.