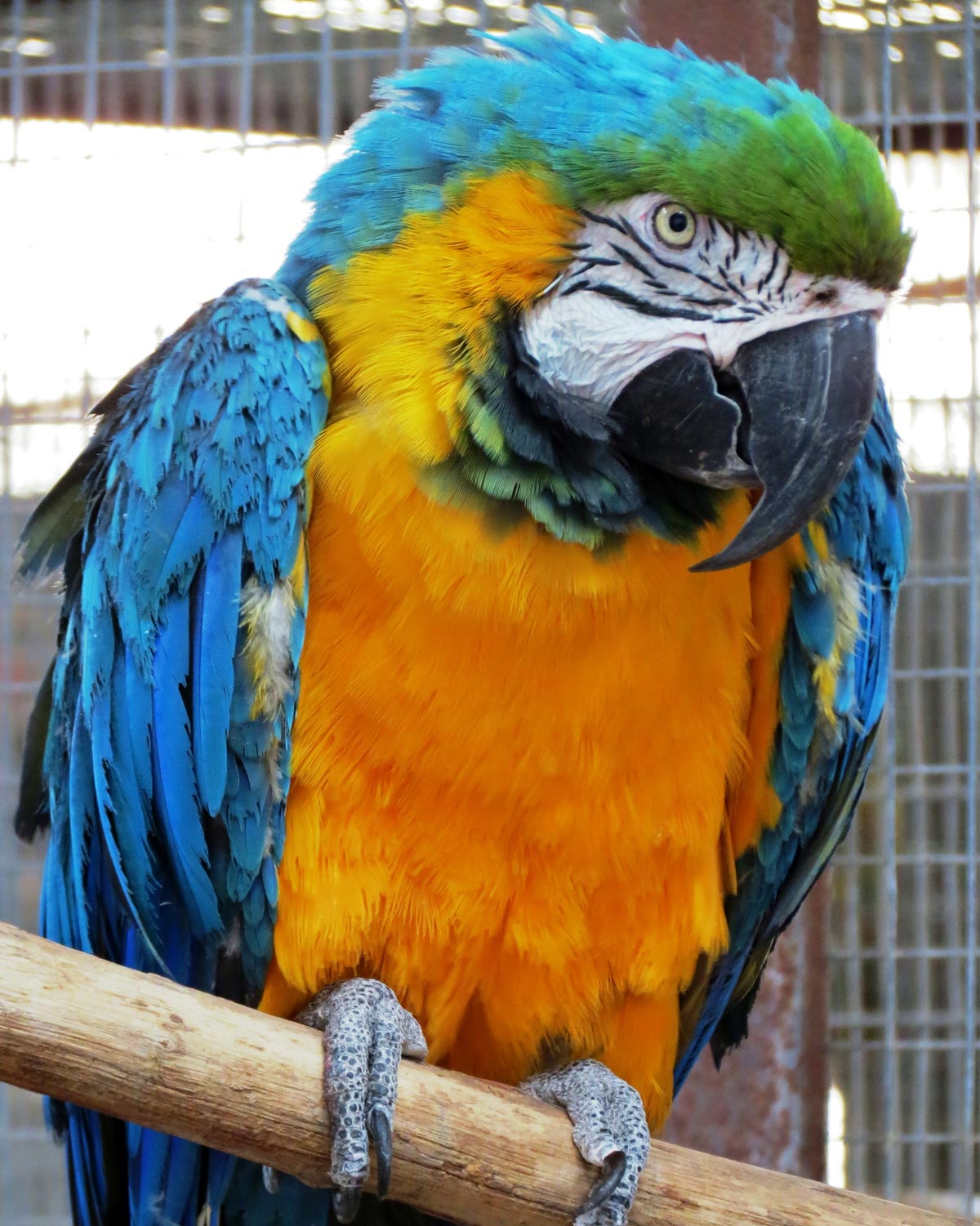 Rags is a mature Blue & Gold Macaw. We don’t know Rags’ age for sure. He arrived with a Blue & Gold Macaw named Caesar and they resided together in an above-ground aviary from 2003 until we opened our Macaw Aviary in May 2008. It was Rags’ & Caesar’s release into the aviary that gave truth to the adage, “if you can’t be with the one you love, love the one you’re with.” Very quickly Rags found true love in a Blue & Gold named Auggie while Caesar played the field for months before choosing a Military Macaw named Rah-Rah. To this day Rags loves his Auggie and Caesar loves her Rah-Rah. Neither pair found happiness in the large aviary. Rag is now with Auggie in a mini-flight they share with a Green-winged Macaw pair.