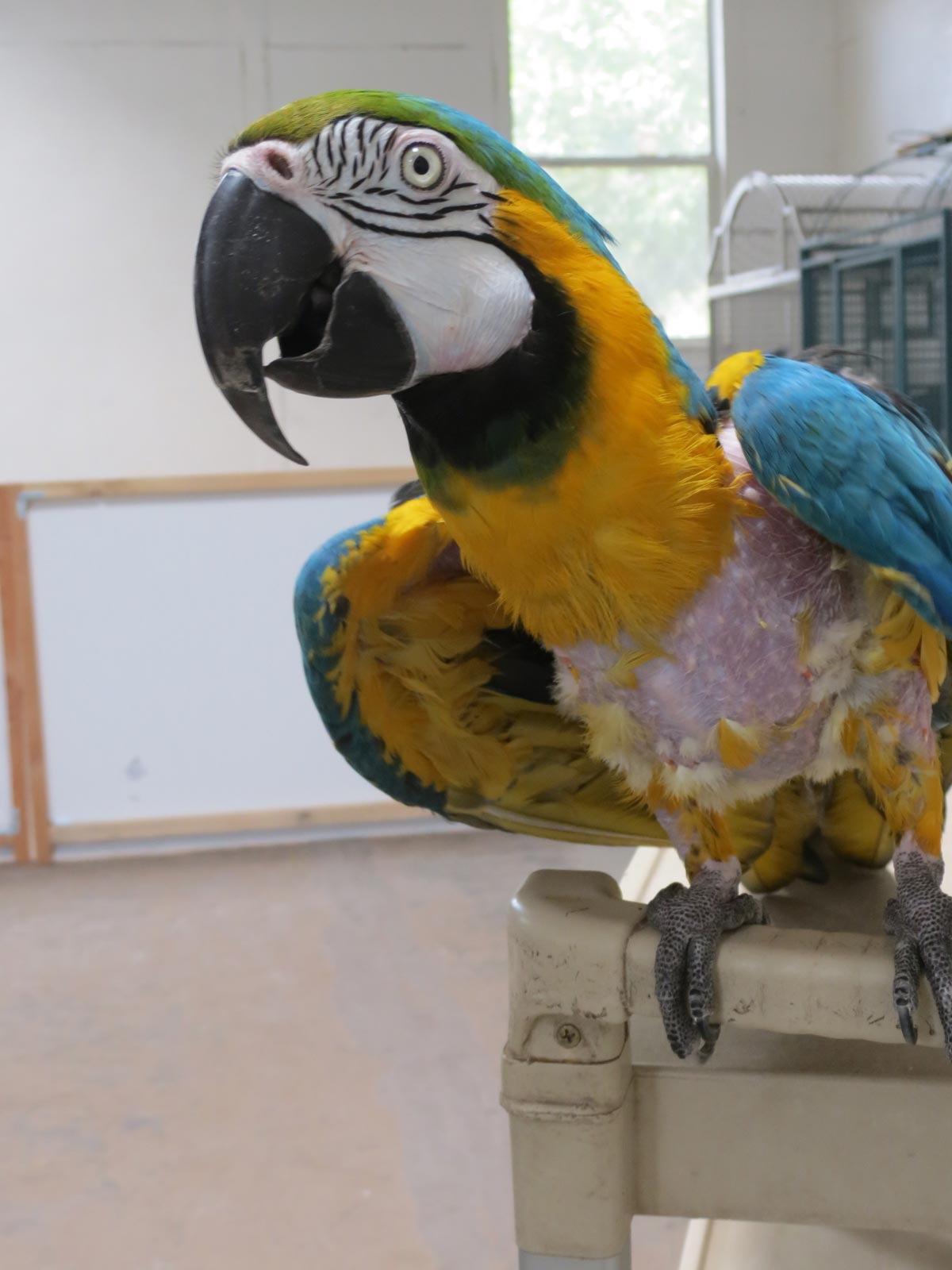 lives in the Bird Building
Sponsored with by Joshua Pierson

Harley is a Blue & Gold Macaw male who hatched in 2001. He was just a youngster when he arrived with two other Macaws in August, 2008, because his rescuer was ill. The other Macaws were Carley and Poopsie. But, unlike the girls, Harley did not adjust to our Macaw Aviary and he soon found his way to our Bird Building where he feels safe. His best friend is Imus, another male Blue & Gold Macaw. Harley’s situation shows how each bird at The Oasis Sanctuary is treated as an “only bird.” We would never allow Harley to remain in the large aviary that scared him. After all, he was still almost a baby. So, his living arrangement in our Bird Building may someday give Harley the confidence he needs to make a transition to flock life in the Macaw Aviary. After all, he has plenty of time. We are his forever home.