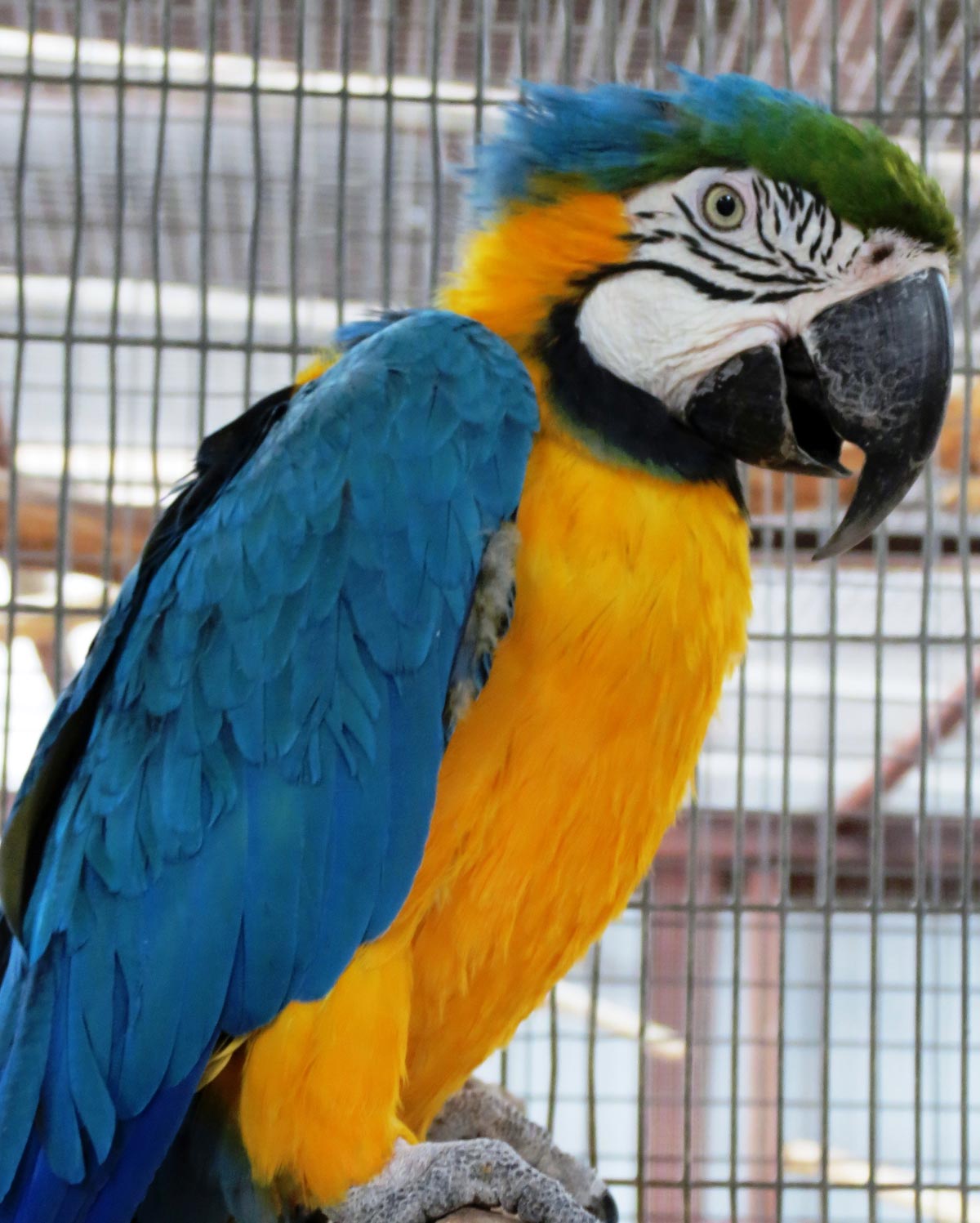 lives in the Pole Barn
Sponsored with by Amy Pate

Stanley is a Blue & Gold Macaw who hatched in 1996. “He” was placed into a breeding situation at only a few years of age and expected to mate with a female. When no mating behavior was observed the breeder people wanted Stanley gone. So, Stanley arrived as a rescue from Utah in 2002 as a six year old, immature macaw whose testing indicated she was female. Since Stanley was supposed to be breeding stock she was never socialized with humans. She moved around in our Sanctuary for a few years before finding the Macaw of her dreams. He is named Milo and he is a Green-winged Macaw. Stanley and Milo found each other at about the time Stanley matured – at about 10 years of age. Stanley’s situation shows how uneducated most humans are when it comes to parrots. Stanley and Milo reside in their own private aviary because Milo is quite an aggressive Macaw – especially when it comes to protecting his Stanley.