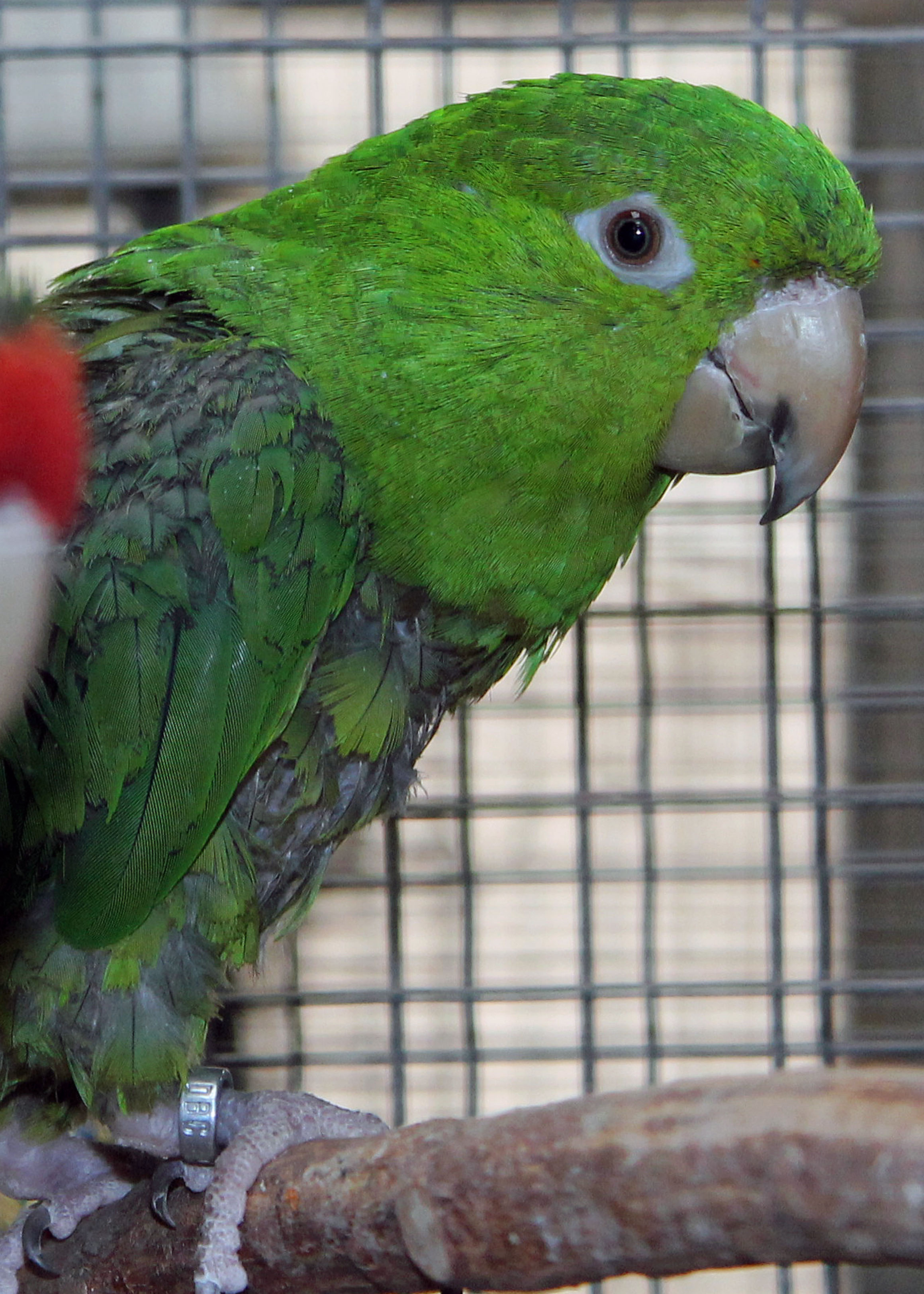 Penny, Hispaniola Conure, has a strong bond with Peanut, the Mitred Conure. Penny hatched in 2002. Hispaniola Conures, also referred to as Hispaniolan Parakeets, are vulnerable in the wild on the Caribbean Island of Hispaniola. Even though domestically bred, Penny is lucky to have found her rescuer and her love, Peanut. Like Peanut, Penny was uncertain of her new home when she arrived in 2017. She quickly settled into the routine, though, because Peanut was at her side. It would be nice if Penny’s sponsor could/would also sponsor Peanut.