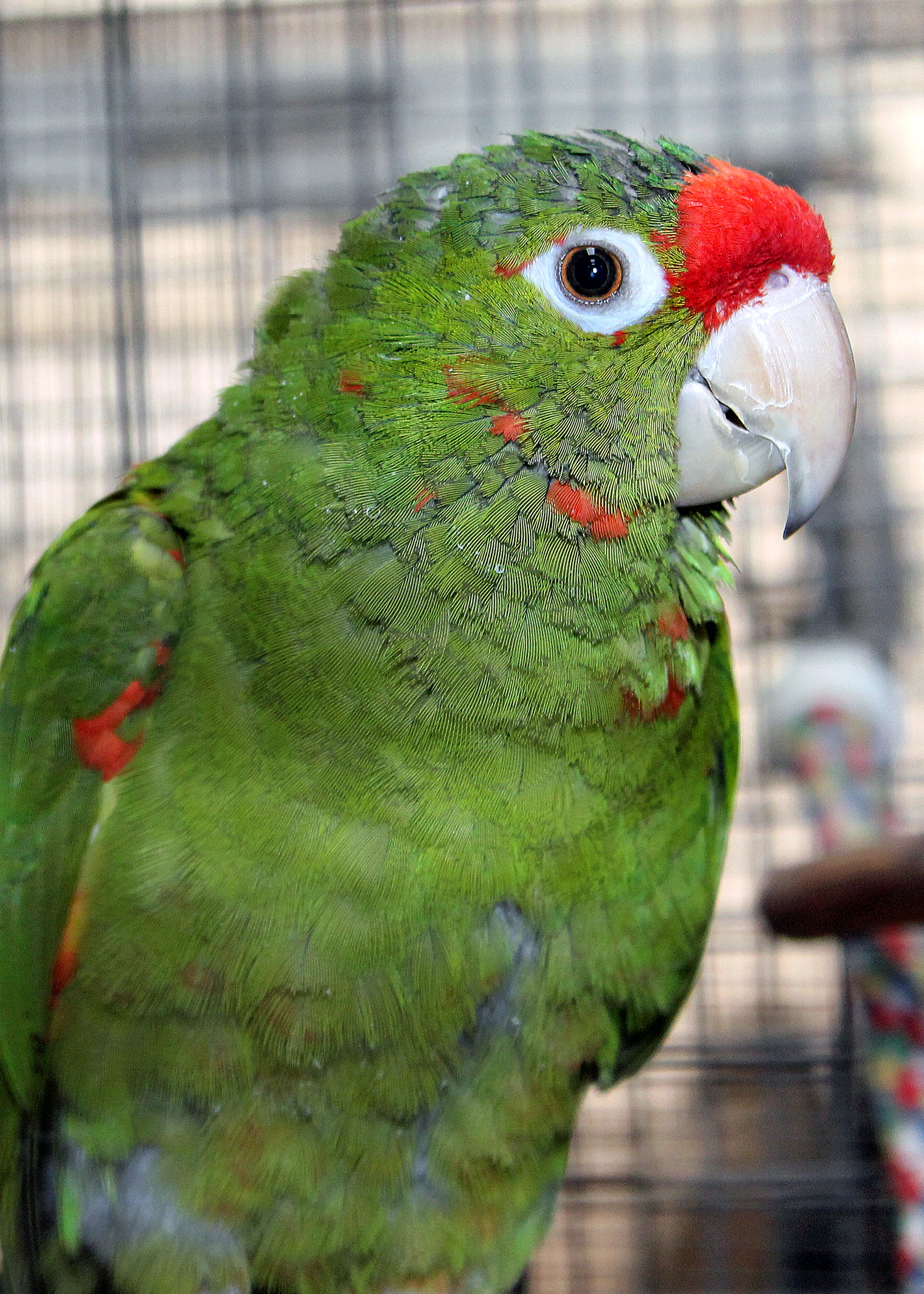 Peanut, Mitred Conure, is bonded to Penny, his Hispaniola Conure. Mitred Conures are native to the Andes forests and woodlands in Peru, Bolivia and Argentina. We believe that Peanut is domestically bred and we know that Peanut hatched before 2011. However, as he is a rescued parrot, we do not know his exact age. Peanut is not fond of people. He was skittish when he first arrived but settled into the pandemonium of Conure calls once he knew that Penny would be at his side. It would be nice if Peanut’s sponsor could/would also sponsor pretty Penny.