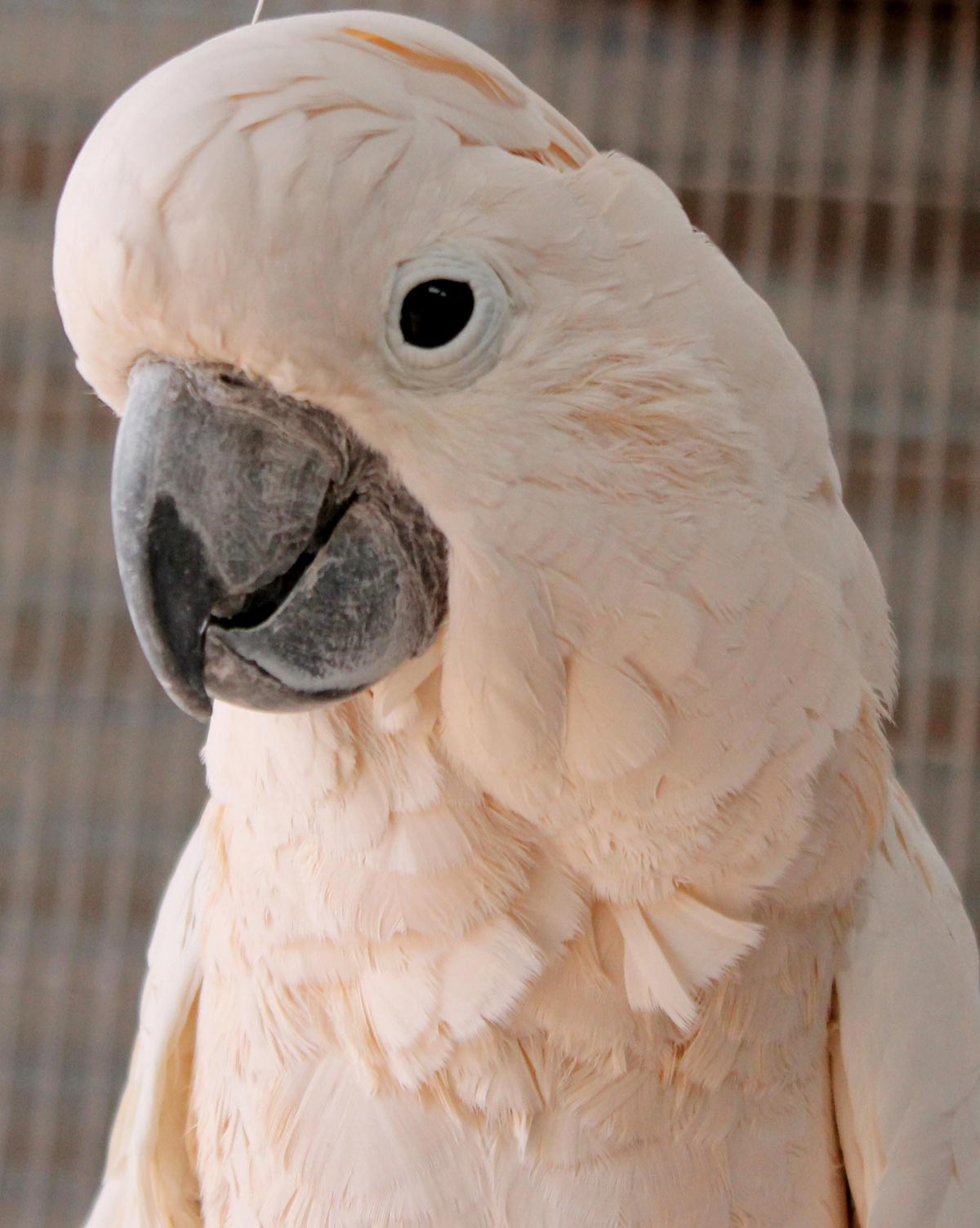 Tangi is a female Moluccan Cockatoo. She is mature but her exact age is unknown. Tangi was rescued years ago and then entrusted to a person in Washington State who promised never to pass her on to any other home. Years later the original rescuing couple found out that Tangi HAD been rehomed in another part of Washington. After much discussion and bargaining the original couple was able to get Tangi back in 2014 and they arranged for Tangi to have her forever home at The Oasis Sanctuary.

Despite all the disruption in her life, Tangi is just a beautiful cockatoo in full feather. She resides in our Girls’ Cockatoo aviary and her best friends are Cosmo and Kon-Tiki, who are also mature Moluccan cockatoos. They hang around together and gossip and do all the things that girlfriends do.