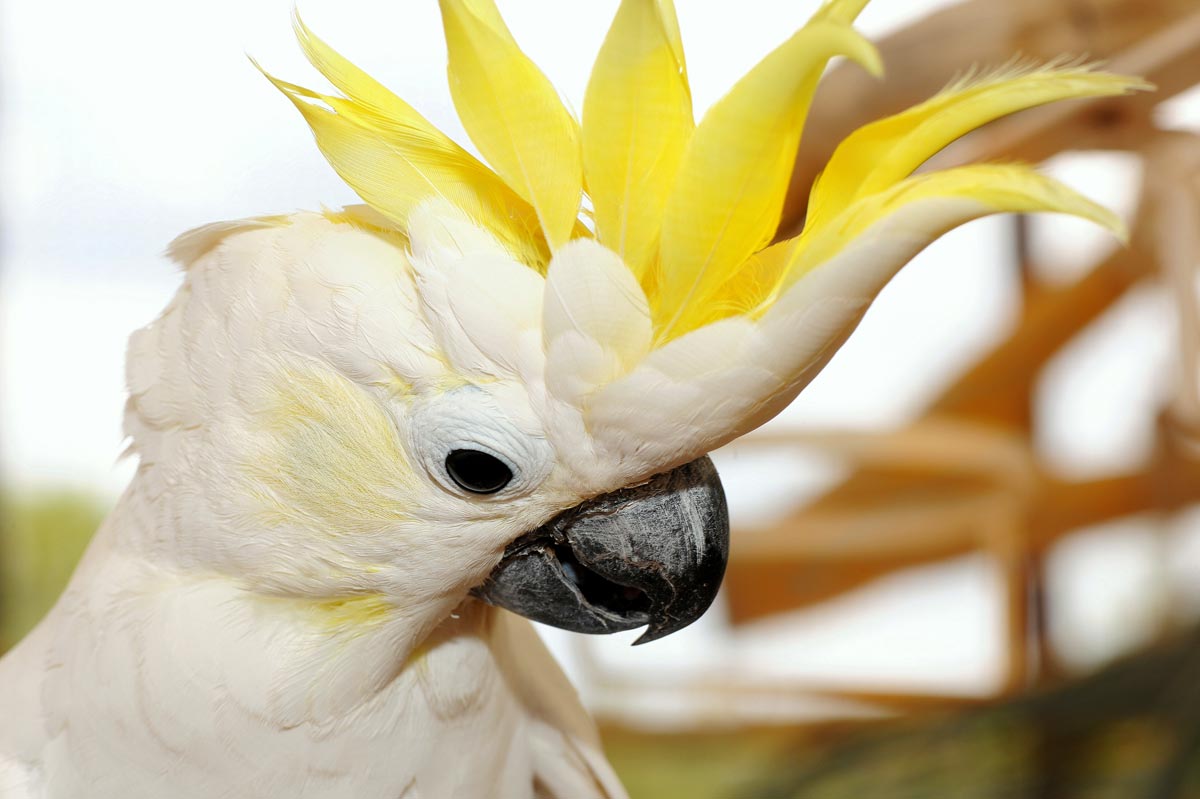 lives in the Male Cockatoo aviary
Sponsored with by Linda K. Varga

Merlin was in the rescue and adoption system of a well respected organization for 4 years prior to arrival. Merlin is a biter and aggressive to people.  He is actually very curious and a nice bird, as long as you don’t try to touch him or pick him up.  Because he flies well and, although he’s the smallest bird in the aviary, he gets along great with the other birds in the Boy’s Cockatoo Aviary.