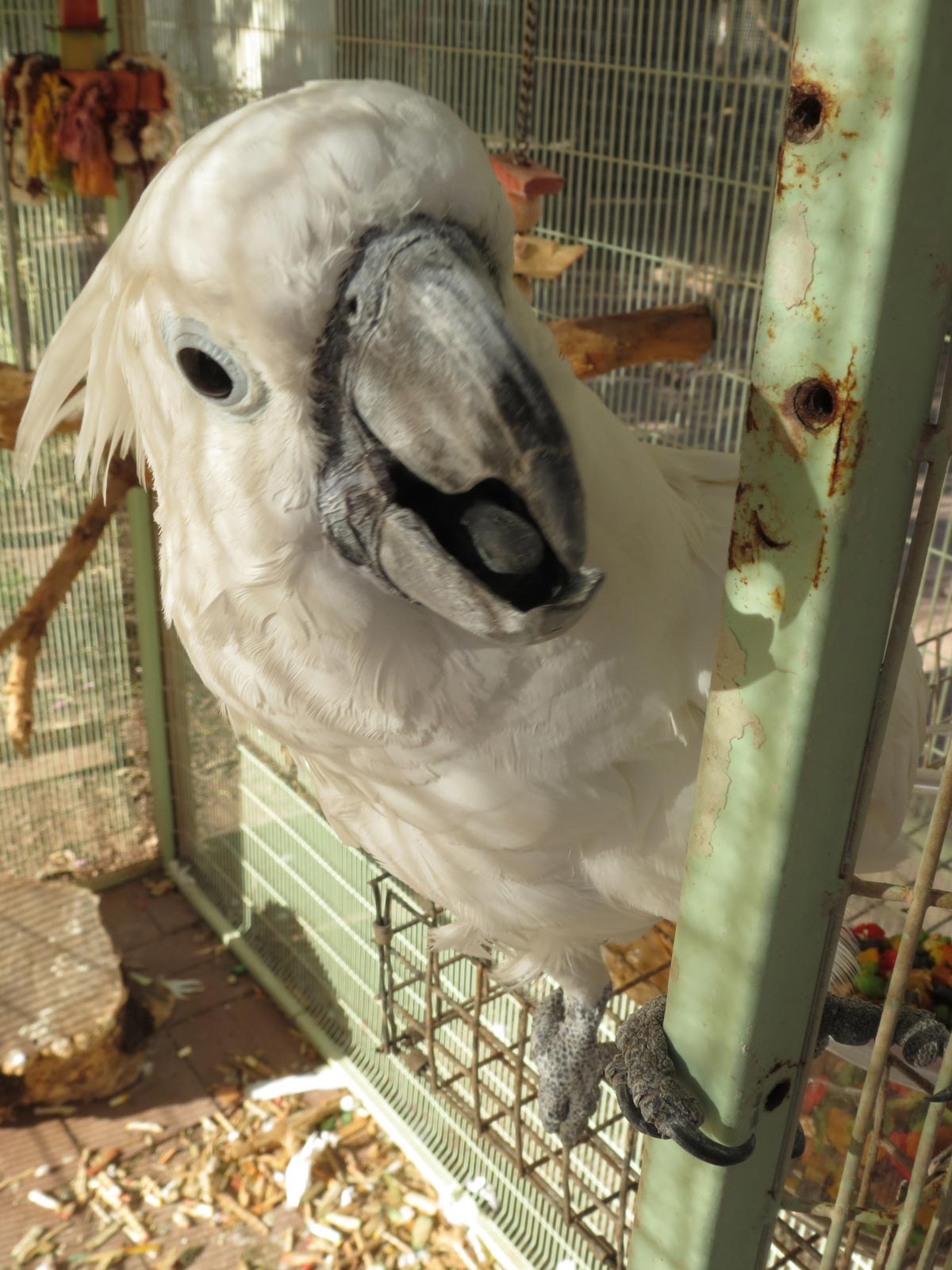 lives in the Pod
Sponsored with by Brian and Lynn Anderson

Gabby is a male Umbrella Cockatoo. Unlike so many male Umbrellas Gabby is a sweetie, though. He hatched in August, 2004 and was well loved by his owner until she fell victim to several health issues. In response to the owner’s failing health Gabby began to pull his feathers. Gabby came to The Oasis in June, 2008, in a collar to protect against the progressing feather destruction. Because Gabby did not break the skin on his body we removed his collar. Gabby’s current living arrangement is just great. He has a Goffin’s boyfriend named Gizmo. They live in a small outdoor aviary in an area called the POD. With his new friend and his outdoor home Gabby has returned to beautiful feather, no longer demonstrating feather destructive behavior.