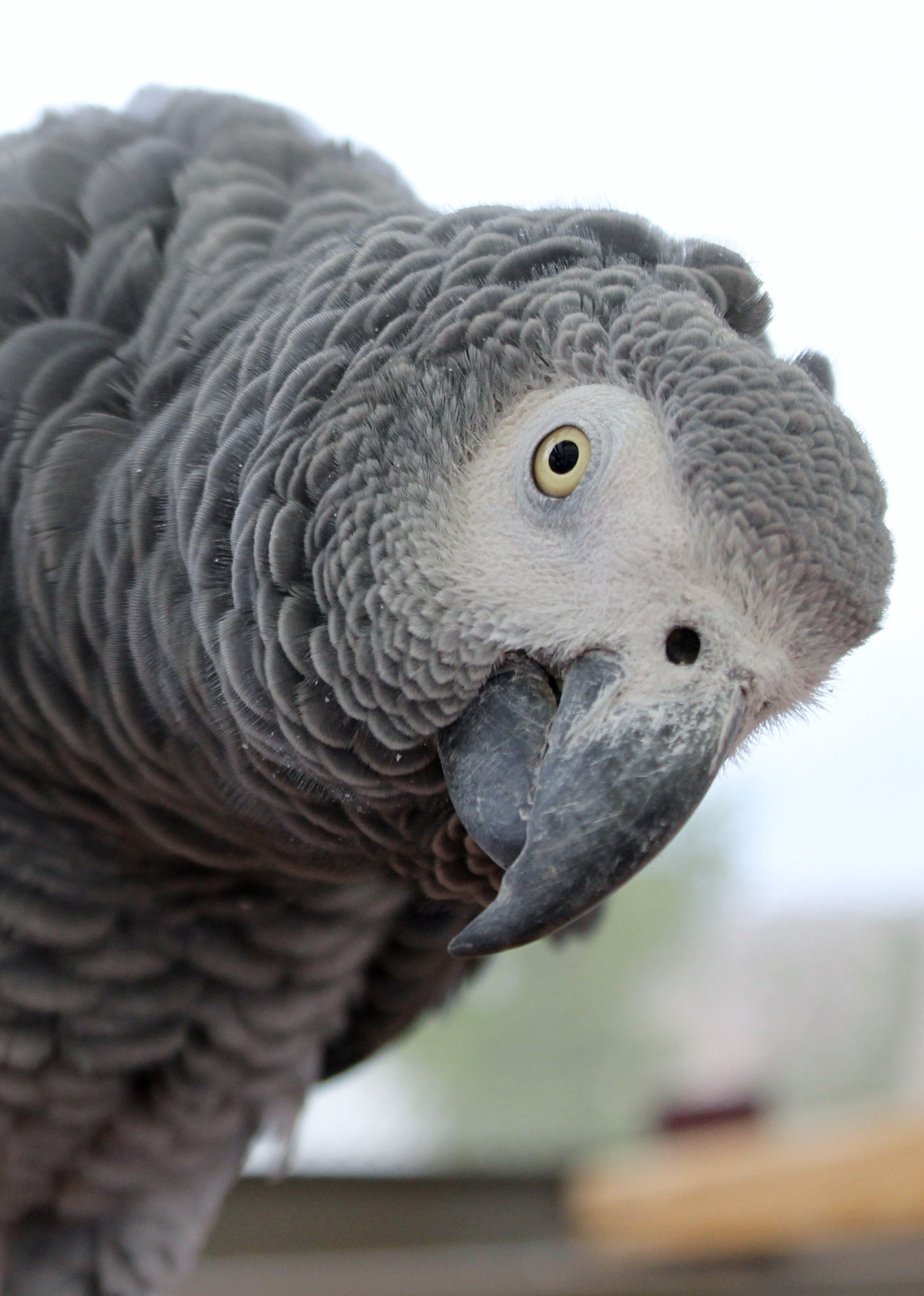 In a small cage habitat JoJo was fearful and aggressive with most people. Upon adjustment to our African Grey Aviary after JoJo and Sidney were released, JoJo showed his true personality. He likes interacting with the Caregivers as much as playing with his fellow Grey Parrots. Sidney remains JoJo’s friend but they are not a bonded pair.